1. Horses have the largest eyes of any mammal on land!

.
Yes, it's true... even bigger than an Elephants! Due to their size and placement they can almost see 360!
.

2. Some studies have suggested that horses can synchronise their heartbeats with that of their owner

.
That would explain why humans and horses can have such close bonds.
.

3. Horses can hear a human heartbeat from 4 feet away...

4. Horses have less bones than humans!

Old Billy the horse lived 37 years longer than the average life expectancy of a tamed horse.
.

6. Everyone used to think Horses were colourblind and later found out they are not!

.
It was originally thought they couldn't see any colours but it turns out they can see yellows and greens pretty well, just not purple and violet tones.
. 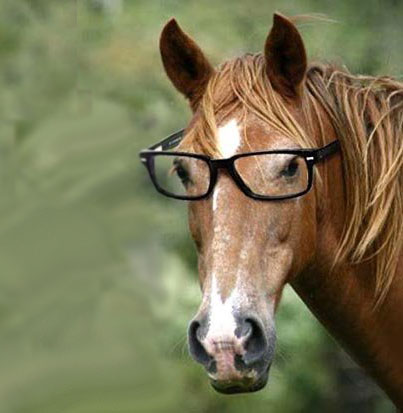 7. Horses teeth take up more space in their skull than their brain does

.
A horse's brain is roughly half that of a human's.  Explains a lot!
.

8. Talking of teeth, when horses show them and look like they're laughing, they're actually trying to smell better!

.
'Flehmen' is the name of the nose-enhancing technique used to determine if a smell is good or bad. Who knew?
.

9. The only type of truly wild horses left in the world are located in Mongolia

.
The open pastures and low population have allowed the Przewalski horse to flourish.
. 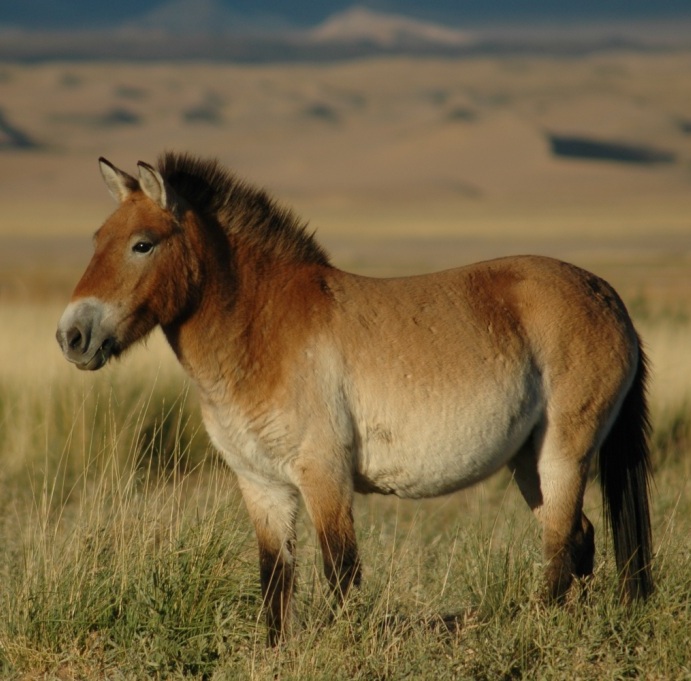 10. It's impossible for horses to throw up

.
The muscles around their oesophagus are so strong that their stomach would burst before they'd vomit.
.

.
They can use their eyes, ears and nostrils to express how they are feeling
.

12. The smallest horse that ever lived was only 2 feet tall!

.
Einstein the horse is the smallest ever recorded and was only the size of a box of cereal at birth!
.

13. In contrast, the tallest horse that ever lived was 7.2 feet tall!

.
This Shire horse lived in England in 1846 and was named Sampson.
. 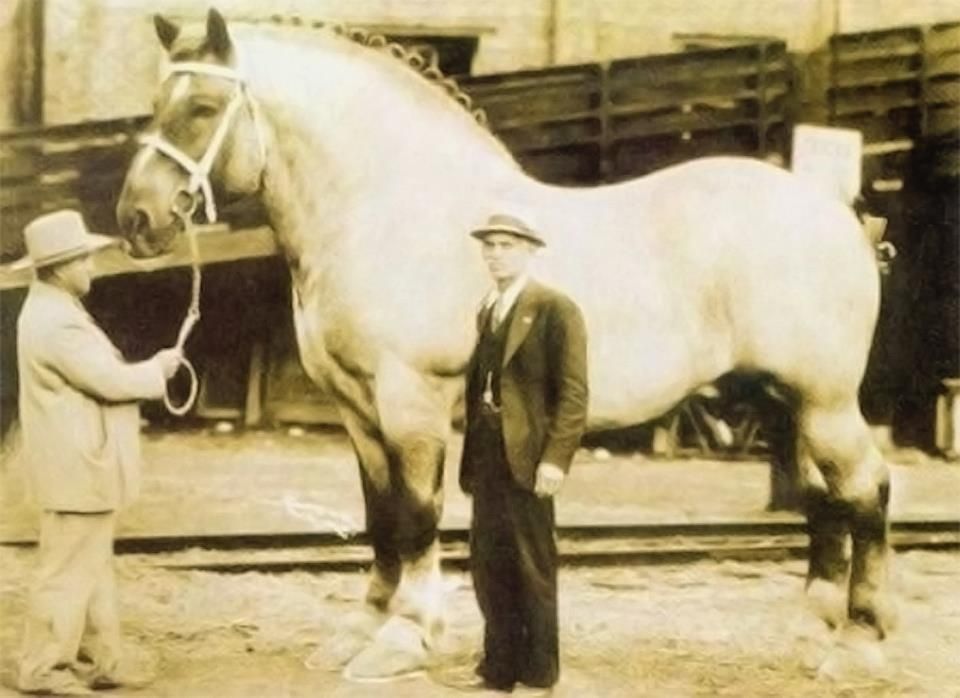 14. Horses produce around 10 gallons of saliva every single day

15. Horse hooves are made out of the same protein as human hair and nails

.
They're probably cleaner than some humans as well...
.

16. Horses can actually mate with Zebras

.
A Zebra/Horse mixed breed is called a 'Zorse'.
.

17. Horses can't breath through their mouths...

.
...they can only breathe through their nostrils.
.

18. Horses can run and walk almost instantly after birth

.
After a few hours they are normally up and about.
.

19. Horses have 10 muscles in their ears

.
Much more than the three a human has.
.

.
When a horse gallops they have all four hooves off the ground at one point during.
.

21. 'Equinophobia' is the term given for people with a fear of horses

.
How can you be scared of such beautiful creatures!? Beats me!
.

22. Modern day horses evolved from the earliest member of the horse family, the Eohippus, over 55 million years ago

.
The Eohippus was a forest dwelling creature the size of a dog!
.

23. Horses can sleep standing up or laying down

.
Kinda cool until you realise commuters on the tube can do the same thing.
.

24. The horses closest living relative is the Rhino

.
Both belong to the mammal group 'perissodactyls' (a mammal group with an odd number of toes). Most mammals from this group are extinct, and the Rhino is one of few that remain.
.

25. Horses co-ordinate their eyes and ears

.
Wherever the horse's ear is pointing is the direction their eye on the same side is looking. If they are pointing in two different directions, they're actually looking at two different things simultaneously!
.

26. Horses can be cloned

.
The first horse clone was produced in Italy in 2003 and was a Haflinger Mare named Prometea.
.

27. There are approximately 60 million horses in the world

.
That estimate combines both domesticated and wild horses. That's a lot of horses!
.

28. Horses always have a lookout in the pack

.
No pack of horses will ever simultaneously lay down at the same time as one will always stand as lookout for the others.
.

29. When a foal is born, their hooves are covered in a soft tissue to prevent damaging the mother's birth canal and uterus.

.
Nicknames for this tissue include 'fairy slippers', 'golden hooves', 'gills' and 'fingers'.
.

30. Horses have a sweet tooth

.
So how many of these facts did you know? Do you know any cool facts about horses that would shock us? If so, let us know in the comments, and don't forget to share tagging us with the @blackheartequestrian tag!
Note: We think these are accurate!!
← Blog and Latest News